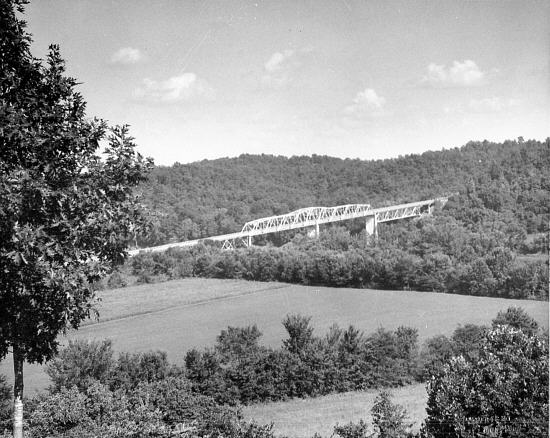 The bridge celebration began Saturday at 11 a.m. with a parade which started at the public school building on the hill. The Band of 35 led in the parade through town to the bridge. The Band was composed of members of the Eldon and Tuscumbia organizations, about equally divided in numbers, plus three members of the California Band. Sumpter Gunn is leader of the Eldon Band and T.C. Wright of the Tuscumbia Band. Ward Kelsay of Eldon served as drum major. This is the largest Band composed of local talent to ever assemble in Miller County, and the Tuscumbia Band wishes to express its appreciation for the wonderful cooperation and assistance given by the Eldon and California boys. Many compliments were heard on the performance of the combined Band. The Eldon boys were dressed in their natty powder blue uniforms and the Tuscumbia boys were "dolled up" in new white suits and new caps.